Failure is an option by: Andreas M. Antonopoulos

First published in March 2014, in the immediate wake of the failure of Japan-based bitcoin exchange Mt.Gox

In the free market, failure is always an option. The United States has one of the world’s most vibrant entrepreneurial cultures, where millions of people start small businesses, create new products and invent new technology. Part of the startup culture is the idea of failing fast, failing cheap and failing towards success by learning the lessons taught by failure. Cultures that punish even minor failure in business with shame, exclusion and stigma are far less likely to foster entrepreneurs because they prevent experimentation by making it too risky.

Recently, the US has been infected by the “failure is not an option”

mantra, a toxic hubristic fallacy, disguised as a truism, which promotes the idea that risk can be removed from life; that 100% security and 100% control are possible, even desirable. Those who attempt to remove the possibility of failure, to de-risk financial systems, end up creating the probability of spectacular failure. By removing the option to fail cheap and fail fast, they instead concentrate risk and ensure we will fail hard, fail expensively, fail across the board.

In the 1970s the US developed a policy of forestry that espoused 100% prevention of forest fires; let’s call it “fire is not an option”. This policy resulted in the systemic suppression of small fires and eventually into very unbalanced forest ecosystems where fire is now not just an option, but a certainty of disaster. We now know that fire is a natural part of a forest’s life-cycle. Without fire, the forest floor gets overgrown, making it a source for bigger and hotter fires. When fires break out in a “managed” forest where fires have been suppressed for years, they burn so hot they turn the ground to glass. Fires that were survivable by trees are now so destructive that they denude hills and wipe out the entire ecosystem. Our financial system has become much like a poorly managed forest, harboring within it the increasing probability of a systemic and destructive conflagration.

Capitalism and entrepreneurial innovation require risk, as it is a fundamental component of business evolution. When companies are allowed to fail, their resources get reallocated in the market, just like a fire that converts sparse undergrowth into fertilizer for the next generation of trees. If instead, the failed companies are prevented from failing but are propped up to maintain the illusion of solvency, they fester and consume more and more resources while creating greater and greater risk. Eventually, bail-outs must be followed by even greater bail-outs and then bail-ins. Finally, the systemic risk of too-big-to-fail becomes too-big-to-bail and the economy suffers a conflagration of defaults. De-risking increases the risk of failure and turns localized risk into a systemic risk. If you stop the small fires, you get a fire so big it turns the ground to glass. 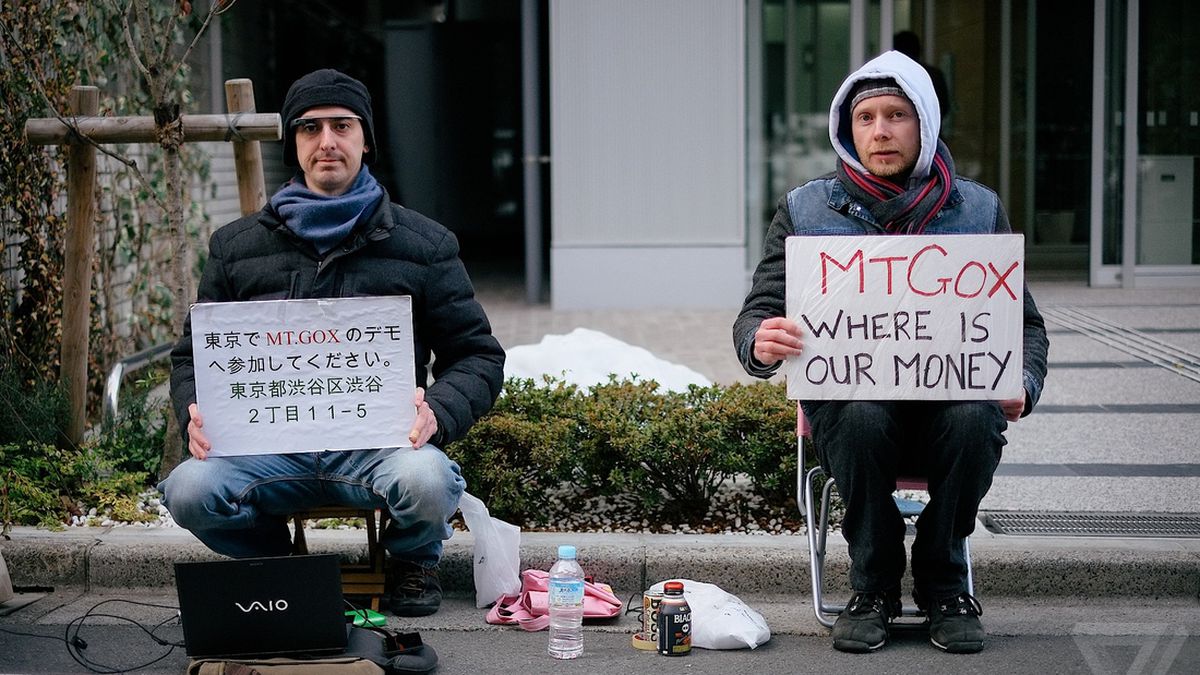 Last week, the long-festering bitcoin exchange Mt.Gox failed. It is too early to tell exactly what happened and what will happen next, but I have some predictions: Gox will not be bailed out. Gox’s competitors will not be forced to tax their customers to support Gox’s investors or customers. The bitcoin currency will not be inflated to provide quantitative-easing to keep Gox alive. Gox will not receive 0% loans for half a decade, perverting the incentives of the entire market. Other bitcoin exchanges will not find it more profitable to seek these 0% loans instead of innovating. Gox will not be allowed to acquire smaller companies to fatten their balance sheet to hide losses, nor will Gox be acquired by a larger exchange with loan guarantees from bitcoin miners to hide Gox’s insolvency. Gox executives will not be rewarded with bonuses paid by bitcoin inflation and taxation. Gox will not receive a deferred prosecution because they are too big to jail. Gox will not be even bigger and even less solvent in a few years. Most likely, some people involved in the Gox failure will end up in prison. Gox’s executives will not be invited to Davos to pal-around with the leaders of government. No, those are all things that happen in the “real” economy where de-risking is the toxic fad of the decade and too-big-to-fail is too-big-to-jail.

Gox will simply fail. It will fail in an isolated way so that it won’t cause greater systemic failures. As we must lament the losses and tragic consequences for the customers of Gox, let’s not lament the failure of Gox itself. This is not a failure of the bitcoin currency or a failure of capitalism. This is how capitalism should work.

The fact that such failure appears strange and uncomfortable only shows how far from true competition and capitalism we have been led by promises of de-risking. In bitcoin, at least, failure is an option. Allowing Gox to fail is a good thing and it will only make bitcoin stronger. It’s much scarier to have your eyes wide open, but it’s less dangerous than keeping them firmly shut and basking in the delusional comfort of de-risked capitalism. With failure comes risk but also innovation and fertile ground for re-invention and new growth. Welcome back to the free market, where failure is always an option.